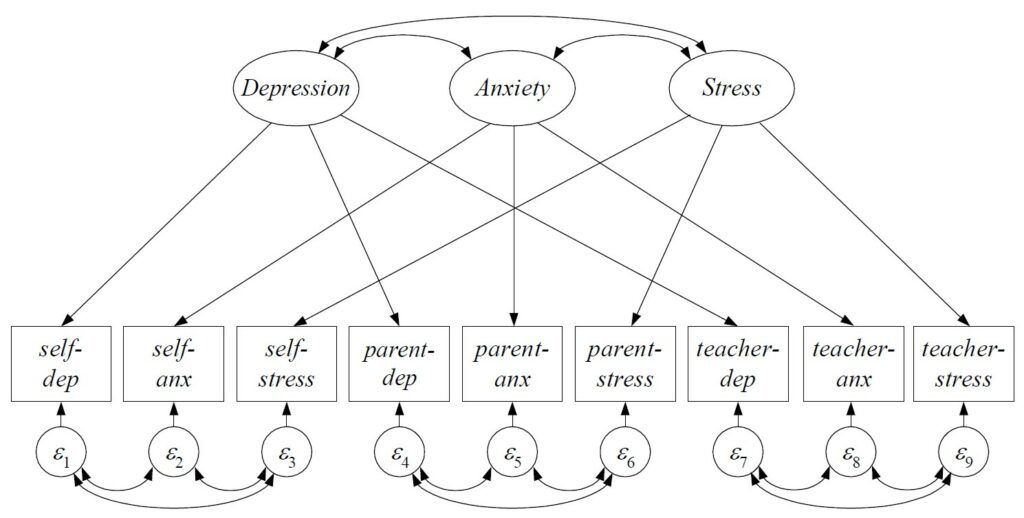 This is one of the most common questions we receive and, unfortunately, there are no quick answers. However, there are some initial guidelines that can be followed when assessing the fit of an SEM. For most SEMs, the goal of the analysis is to define a model that results in predicted values of the summary statistics (sometimes called “moment structures” consisting of the variances, covariances, and means of the observed variables) that are as close as possible to the values that were observed in the sample. SEMs that result in a closer correspondence between the predicted and the observed summary statistics obtain a better fit compared to models that do not.

The most common measure of model fit is the chi-square statistic which tests the null hypothesis that the population variances, covariances, and means are precisely equal to those that are implied by the model. A significant chi-square test (say p<.05) leads to rejection of the null hypothesis and the conclusion that the model does not adequately reproduce the population summary statistics. Although widely used, the chi-square test is often over-powered and commonly leads to model rejection and thus a wide array of fit indices are available to augment the chi-square test. One class of indices are the relative fit indices that compare the fit of the model to some pre-defined baseline model; examples include the CFI, TLI, and IFI, and values exceeding .90 or .95 are often taken to indicate good fit. Another class of indices are the absolute fit indices that evaluate model fit in terms of model degrees-of-freedom; the most common example is the RMSEA and values falling below .05 are often taken to indicate good fit. Finally, examination of modification indices (sometimes called LaGrange multipliers or score tests) suggest restrictions that have been imposed on the model that do not correspond to the sample data, the freeing of which would improve overall model fit. There are many (many) other measures of fit and this is just a very brief summary of model evaluation in SEM. Further details can be found in the readings below.

This is a question that often arises when using structural equation models in practice, sometimes once a study is completed but more often in the…

This is a great question and is one that prompts much disagreement among quantitative methodologists. Nearly all confirmatory factor analysis or structural equation models impose…

Missing data are a common problem faced by nearly all data analysts, particularly with the increasing emphasis on the collection of repeated assessments over time.…

The issue of reliability can be a complex and often misunderstood issue. Entire text books have been written about reliability, validity, and scale construction, so…